A little bit of inspiration goes a long way when choosing the right lighting and electrical products for your home or business. Whether you’re looking to add a certain shine to your kitchen, bring warmth and comfort to your living room or make your office more comfortable, our blog posts and ideas will help you get it right. 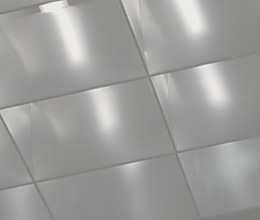 Speak To Our Team

When we think of a quintessentially Parisian apartment with a quaint view of the narrowed streets below, it's most likely from a classically elegant and chic 19th century building. With those iconic high ceilings, tall French windows, marble and wrought iron balconies. If there's anything that is affluent through Paris, it's the effortless chic style, picture perfect rooms and understated styling.

Leave the confines of the classically Parisian apartment, and you're guided by the iconic Parisian street lamps. Original Parisian street lamps and remodelled lights are highly sought after for interiors. An easy way to recreate that tell tale Parisian look, wherever you are in the world.

We explore the history of the Parisian street lights, and how you can add some Parisian style to your own interior.

When Did Paris Get Street Lights?

The first electric streetlights in Paris were installed in 1878. They were known as arc lamps, or Yablochkov candles.

Paris followed the global adoption of lanterns and oil lamps to provide adequate street lighting for motorists, pedestrians and emergency services. However, Paris, France does claim to have introduced the world's first electric streetlight.

What Is The History of Parisian Street Lights?

Otherwise known as the city of light, Paris started lining their streets with lights in the 17th century. Initially, the lights were hung from ropes which were stretched across the streets! The lights were iron-framed glass boxes with tallow candles. As time progressed, these were quickly replaced with oil lamps.

This method of street lighting was soon superseded by wall lights. They were more practical and less vulnerable to the drunken and disorderly...

Once electricity arrived in the mid 19th century, the oil lights were replaced by the first of their kind, electric streetlights. The first electric street lights were bright, glaring arc lamps on very high poles, that not only cast a harsh light, but also created very deep shadows.

The streets of Paris have since seen many different types and styles of street lights. Often most which become synonymous with that street, and district. The Champs-Elysées has tall modern standards that do the main work of lighting the boulevard, and shorter, old-fashioned ones that provide atmosphere and elegance on the sidewalks.

Most bridges in Paris have adopted their own individual street light. From the elaborate lamps on the Pont Alexandre III to modernised versions on the Pont de l’Alma.

Whilst original Parisian Street Lights are highly sought after, due to the age of the pieces you would have a rather hard job finding one that won't break the bank!

At Soho, we have taken inspiration from the 1950s Paris Holophane Globe Street Light which have now been removed from their lamp posts. This iconic prismatic sphere design once lit the thoroughfares of the French Capital.

Transformed from the practical to the sophisticated and stylish. The textured prismatic glass of the Hollen Globe provides a combination of up light and down light which projects a wonderfully even distribution of light, without casting shadow or glare.

The solid brass base, cap and chain, reinforces the quality of this impressive, iconic pendant.

It's never been easier to add a touch of Parisian charm to your home. This exquisite piece is a real beauty!